The Occult Roots of Nazism: Secret Aryan Cults and Their Influence on Nazi Ideology 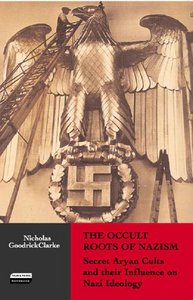 Over half a century after the defeat of the Third Reich the complexities of Nazi ideology are still being unravelled. This text is a serious attempt to identify these ideological origins. It demonstrates the way in which Nazism was influenced by powerful occult and millenarian sects that thrived in Germany and Austria at the turn of the century. Their ideas and symbols filtered through to nationalist-racist groups associated with the infant Nazi party and their fantasies were played out with terrifying consequences in the Third Reich: Auschwitz, Sobibor and Treblinka are the hellish museums of the Nazi apocalypse. This bizarre and fascinating story contains lessons we cannot afford to ignore.

Posted by Tantrikas at 11:06 PM No comments: 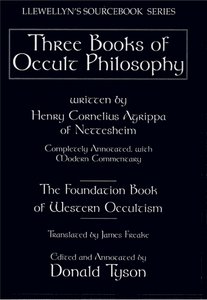 Now you can learn from the original, most important source for magic in the Western world that has ever been published, when you get Agrippa's Three Books of Occult Philosophy.

This massive volume was originally published in 1531, and occultists have been drawing on it ever since. Now, Llewellyn is proud to produce the first complete reprint of the original English translation in the last 500 years. Donald Tyson edited this work and removed the hundreds of errors that appeared in the original translation. He also fully annotated the work, to make it understandable—and usable—by people today.

·Discover what the Renaissance scholar knew about astrology, medicine, history, herbs, geography, animals, angels, devils, Witches, charms, the weather, and a host of other subjects

·Explore the practical Kabbalah, geomancy, the magic squares, the elements, the humors, and the Soul of the World

The Three Books of Occult Philosophy is the most complete repository of pagan and Neoplatonic magic ever compiled. This book is packed with material you will not find elsewhere, including copious extracts on magic from obscure or lost works by Pythagoras, Ptolemy, Plato, Aristotle, and many others. Tyson's detailed annotations clarify difficult references and provide origins of quotations, even expanding upon them in many cases, in order to make Agrippa's work more accessible to the modern reader.

The Three Books of Occult Philosophy is the ultimate "how-to" for magical workings. It describes how to work all manner of divinations and natural and ceremonial magic in such clear and useful detail that it is still the guide for modern techniques. The extensive new supplementary material makes this wisdom practical for use today.

The Three Books of Occult Philosophy is an essential reference tool for all students of the occult. Get your copy today.

Posted by Tantrikas at 10:55 PM No comments:

William Lyne, "Occult Science Dictatorship: The Official State Science Religion and How to Get Excommunicated" 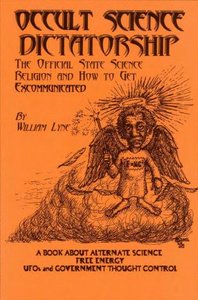 This book continues where "Occult Ether Physics" leaves off. Using UFOlogy as a barometer of misinformation, the author contends that there is an occult (i.e.,"hidden") scientific thought-control dictatorship, maintained by coercive-monopolist interest, a monolithic mass media, a compliant government, grant-beholden universities and institutions, robotic government know-it-alls, and armies of covert propagandists, and that this covert authoritarian system manufactures opinion, enforces "rules", punishes "violators", and controls scientific thought in society. This reign of thought-terror makes it difficult for creative individuals to express divergent scientific views without being virtually burned at the stake by thought-control zombies, who have fallen victim to the pressure to believe the mind-crippling theories Big Brother wants them to. Lyne chisels away a shell of quasi-religious "scientific" superstitions which have ossified into scientific orthodoxy, to expose the soft underbelly of Relativist pseudo-science, which has masqueraded as absolute, immutable truth for almost a century. In sycophancy to entrenched, archaic corporate-state interest, this occult dictatorship has established the virtual energy-enslavement of the common man/woman. Lyne points the way out, and even includes some novel scientific discoveries.

Posted by Tantrikas at 3:44 PM No comments: 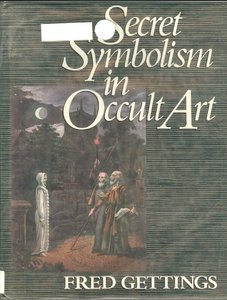 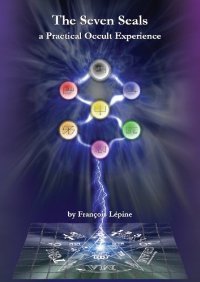 This book is about occidental occultism, such as Kabbalah, the Arbatel of Magic, and Elemental Magic. The Seven Seals is a metaphor of the occult tools we can aspire to develop, as a human, but also as a spiritual being. By observing nature, specifically the human nature, we have become masters at understanding how we work inside our minds, but also have we become adepts at hiding ourselves from the truth. Above power, there is truth. Engulfed in this truth we cease to be simple human animals; we become filled with the essence that composes the whole of the universe, and we finally understand everything. Many paths point to the heavens, but all of them are challenging, either at the mental or the emotional level, some even at the physical level. In this book, we wish to guide you through a new occult experience. The material is presented in a specific order that should awaken you to spiritual concepts of occidental occultism. Once you have gone through the entire book, it will still be useful as a reference on occult correspondences. We will resume a few aspects of the occidental occult sciences, from different traditions, but mostly revolving around the concept of the seven seals.

Posted by Tantrikas at 3:32 PM No comments:

The Forbidden Universe: The Occult Origins of Science and the Search for the Mind of God by Lynn Picknett, Clive Prince 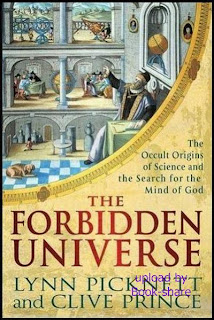 Were the first scientists hermetic philosophers? What do these occult origins of modern science tell us about the universe today? The Forbidden Universe reveals the secret brotherhood that defined the world, and perhaps discovered the mind of God.

All the pioneers of science, from Copernicus to Newton via Galileo, were inspired by Hermeticism. Men such as Copernicus, Galileo, Newton, Leibniz, Bacon, Kepler, Tycho Brahe � even Shakespeare � owed much of their achievements to basically occult beliefs � the hermetica.

In this fascinating study, Lynn Picknett and Clive Prince go in search of the Hermetic origins of modern science and prove that not everything is as it seems and that over the past 400 years there has been a secret agenda behind our search for truth. From the age of Leonardo da Vinci, the influence of hermetic thinking upon the greatest minds in history has been hidden, a secret held by a forbidden brotherhood in search of the mind of God.

Yet this search does not end in history but can be found in the present day � in the contemporary debates of leading evolutionists and thinkers. The significance of this hidden school can hardly be over-emphasised. Not only did it provide a spiritual and philosophical background to the rise of modern science, but its worldview is also relevant to those hungry for all sorts of knowledge even in the twenty-first century. And it may even show the way to reconciling the apparently irreconcilable divide between the scientific and the spiritual. Picknett and Prince go in search of this true foundation of modern rational thought and reveal a story that overturns 400 years of received wisdom.
Posted by Tantrikas at 3:29 PM No comments:

A Dark Muse: A History of the Occult by Gary Lachman 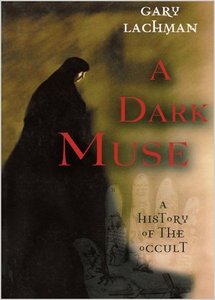 The occult was a crucial influence on the Renaissance, and it obsessed the popular thinkers of the day. But with the Age of Reason, occultism was sidelined; only charlatans found any use for it. Occult ideas did not disappear, however, but rather went underground. It developed into a fruitful source of inspiration for many important artists. Works of brilliance, sometimes even of genius, were produced under its influence. In A Dark Muse, Lachman discusses the Enlightenment obsession with occult politics, the Romantic explosion, the futuristic occultism of the fin de siècle, and the deep occult roots of the modernist movement. Some of the writers and thinkers featured in this hidden history of western thought and sensibility are Emanuel Swedenborg, Charles Baudelaire, J. K. Huysmans, August Strindberg, William Blake, Goethe, Madame Blavatsky, H. G. Wells, Edgar Allan Poe, and Malcolm Lowry. 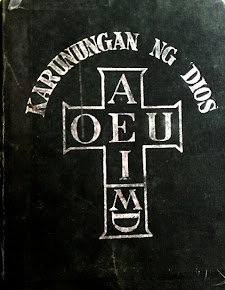 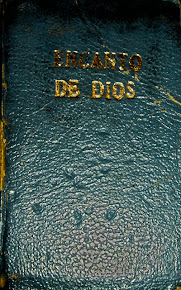